Github and Code Snippets in RSpace

RSpace is designed to be flexible enough to support data management workflows for virtually any researcher. With technology now such an important part of modern research, we wanted to meet the needs of computer scientists and researchers who use code stored in github. That’s why, in version 1.40, we’ve introduced two new code-related features.

Users can now link to your Github repositories from RSpace documents, making it easy to show your downstream audience your work there. See how in this video.

Additionally, for users who prefer to embed code snippets directly in RSpace, we have included a new “insert code snippet” tool in the text editor. To use it, click the new code snippet icon.

In the popup dialog, choose which language this code snippet is written in, paste in your code, and click OK. That’s it, you’re done. A number popular languages are supported including java, Latex, R, SQL, Python and more.

If you are a computer scientists who enjoys contributing to github projects, please consider helping us with our API. Learn more on our github page here.

As always, if you have feedback, questions or suggestions, please click the RSpace help button at the bottom right of the RSpace interface to start a live chat session with an RSpace product specialist!
It looks like this >>

Lab-Ally is proud to announce that we are now fully registered with the US Government’s System for Award Management (SAM), including assignment of a CAGE Code through the Defense Logistics Information Service (DLIS).   The CAGE Code is a an identifier for contractors doing business with the Federal Government, NATO member nations, and other foreign governments.

With this development, we are better positioned to provide support to research and development institutes or corporations working in concert with US Government Departments of Energy, Agriculture, and Homeland Security Research, as well as National Institutes of Health, the Environmental Protection Agency, and the NOAA.  In fact, several of our customers are already engaged in cutting-edge, government-funded research. Government organizations often need to use 21CFR11 compliant document management software like CERF ELN in order to meet strict requirements for data integrity and demonstrable records provenance. 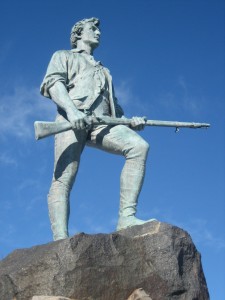